On an adjusted basis, Sempra Energy's third-quarter 2017 earnings increased to $265 million, or $1.04 per diluted share, from $259 million, or $1.02 per diluted share, in the third quarter 2016. Adjusted earnings excluded a $208 million after-tax impairment in the most recent quarter related to a proposed decision by administrative law judges with the California Public Utilities Commission (CPUC) denying the request by San Diego Gas & Electric (SDG&E) to recover costs related to the 2007 San Diego wildfires. Adjusted earnings in last year's third quarter excluded a $350 million after-tax remeasurement gain related to the acquisition of PEMEX's share of the Gasoductos de Chihuahua (GdC) joint venture by Sempra Energy's Mexican subsidiary IEnova, a $78 million after-tax gain on the sale of EnergySouth and net after-tax losses of $65 million related to the planned sale of IEnova's Termoeléctrica de Mexicali (TdM) power plant.

These results reflect certain significant items as described in the following table of GAAP earnings, reconciled to adjusted earnings on an after-tax basis, for the third quarter and first nine months of 2017 and 2016:

"Based on our strong operating and financial performance through the first nine months, we are on track for one of the best years in our history," said Debra L. Reed, chairman, president and CEO of Sempra Energy. "During the third quarter, we saw continued growth in our utility and infrastructure businesses, while laying the groundwork for a significant new growth platform with our agreement to acquire a majority stake in Oncor."

On Aug. 21, Sempra Energy entered into an agreement to acquire Energy Future Holdings Corp. (EFH), the indirect owner of approximately 80 percent of Oncor Electric Delivery Company LLC (Oncor), the largest electric utility in Texas. In September, the U.S. Bankruptcy Court for the District of Delaware approved EFH's entry into the merger agreement with Sempra Energy and, earlier this month, Sempra Energy and Oncor filed a joint Change-in-Control application with the Public Utility Commission of Texas (PUCT). On Oct. 16, the PUCT set a procedural schedule to complete a review of Sempra Energy's and Oncor's case within 180 days, by early April 2018. The EFH transaction closing remains subject to further approvals by the Bankruptcy Court, the PUCT and the Federal Energy Regulatory Commission, among other approvals and closing conditions. Sempra Energy expects the transaction to close in the first half of 2018.

SDG&E recorded a net loss of $28 million in the third quarter 2017, compared with earnings of $183 million in last year's third quarter, due primarily to the $208 million after-tax impairment related to cost recovery for the 2007 San Diego wildfires, as SDG&E has determined that its regulatory asset no longer meets the probability threshold for recovery under applicable accounting guidance. The CPUC has yet to issue a final ruling in the cost-recovery proceeding.

For the first nine months of 2017, SDG&E's earnings were $276 million, compared with $419 million in the same period last year. SDG&E's earnings for the first nine months of 2017 included the third-quarter 2017 wildfires-related impairment. In last year's second quarter, SDG&E recorded an after-tax charge of $31 million, refunding to ratepayers the benefits from tax repairs deductions, related to the final 2016 General Rate Case Decision.

Earnings for Southern California Gas Co. (SoCalGas) were $7 million in the third quarter 2017, compared with no earnings in last year's third quarter.

SoCalGas' nine-month earnings were $268 million in 2017, compared with $198 million in 2016. In last year's second quarter, SoCalGas recorded an after-tax charge of $49 million, refunding to ratepayers the benefits from tax repairs deductions, related to the final 2016 General Rate Case Decision.

In the third quarter 2017, Sempra South American Utilities had earnings of $42 million, compared with $46 million in last year's third quarter.

During the first nine months of 2017, earnings for Sempra Renewables were $49 million, up from $43 million during the same period last year.

Sempra Energy will webcast a live discussion of its earnings results today at 12 p.m. EDT with senior management of the company. Access is available by logging onto the website at www.sempra.com. For those unable to log onto the live webcast, the teleconference will be available on replay a few hours after its conclusion by dialing (888) 203-1112 and entering passcode 9618086.

This press release contains statements that are not historical fact and constitute forward-looking statements within the meaning of the Private Securities Litigation Reform Act of 1995. These statements can be identified by words such as "believes," "expects," "anticipates," "plans," "estimates," "projects," "forecasts," "contemplates," "assumes," "depends," "should," "could," "would," "will," "confident," "may," "can," "potential," "possible," "proposed," "target," "pursue," "outlook," "maintain," or similar expressions or discussions of guidance, strategies, plans, goals, opportunities, projections, initiatives, objectives or intentions. Forward-looking statements are not guarantees of performance. They involve risks, uncertainties and assumptions. Future results may differ materially from those expressed in the forward-looking statements.

Factors, among others, that could cause actual results and future actions to differ materially from those described in any forward-looking statements include risks and uncertainties relating to: actions and the timing of actions, including decisions, new regulations, and issuances of permits and other authorizations by the California Public Utilities Commission, U.S. Department of Energy, California Division of Oil, Gas, and Geothermal Resources, Federal Energy Regulatory Commission, U.S. Environmental Protection Agency, Pipeline and Hazardous Materials Safety Administration, Los Angeles County Department of Public Health, states, cities and counties, and other regulatory and governmental bodies in the United States and other countries in which we operate; the timing and success of business development efforts and construction projects, including risks in obtaining or maintaining permits and other authorizations on a timely basis, risks in completing construction projects on schedule and on budget, and risks in obtaining the consent and participation of partners; the resolution of civil and criminal litigation and regulatory investigations; deviations from regulatory precedent or practice that result in a reallocation of benefits or burdens among shareholders and ratepayers; modifications of settlements; delays in, or disallowance or denial of, regulatory agency authorizations to recover costs in rates from customers (including with respect to regulatory assets associated with the San Onofre Nuclear Generating Station facility and 2007 wildfires) or regulatory agency approval for projects required to enhance safety and reliability; the availability of electric power, natural gas and liquefied natural gas, and natural gas pipeline and storage capacity, including disruptions caused by failures in the transmission grid, moratoriums or limitations on the withdrawal or injection of natural gas from or into storage facilities, and equipment failures; changes in energy markets; volatility in commodity prices; moves to reduce or eliminate reliance on natural gas; the impact on the value of our investment in natural gas storage and related assets from low natural gas prices, low volatility of natural gas prices and the inability to procure favorable long-term contracts for storage services; risks posed by actions of third parties who control the operations of our investments, and risks that our partners or counterparties will be unable or unwilling to fulfill their contractual commitments; weather conditions, natural disasters, accidents, equipment failures, computer system outages, explosions, terrorist attacks and other events that disrupt our operations, damage our facilities and systems, cause the release of greenhouse gases, radioactive materials and harmful emissions, cause wildfires and subject us to third-party liability for property damage or personal injuries, fines and penalties, some of which may not be covered by insurance (including costs in excess of applicable policy limits) or may be disputed by insurers; cybersecurity threats to the energy grid, storage and pipeline infrastructure, the information and systems used to operate our businesses and the confidentiality of our proprietary information and the personal information of our customers and employees; capital markets and economic conditions, including the availability of credit and the liquidity of our investments; fluctuations in inflation, interest and currency exchange rates and our ability to effectively hedge the risk of such fluctuations; changes in the tax code as a result of potential federal tax reform, uncertainty as to what proposals will be enacted, if any, and, if enacted, how they would be applied; changes in foreign and domestic trade policies and laws, including border tariffs, revisions to international trade agreements, such as the North American Free Trade Agreement, and changes that make our exports less competitive or otherwise restrict our ability to export or resolve trade disputes; the ability to win competitively bid infrastructure projects against a number of strong and aggressive competitors; expropriation of assets by foreign governments and title and other property disputes; the impact on reliability of San Diego Gas & Electric Company's (SDG&E) electric transmission and distribution system due to increased amount and variability of power supply from renewable energy sources; the impact on competitive customer rates due to the growth in distributed and local power generation and the corresponding decrease in demand for power delivered through SDG&E's electric transmission and distribution system and from possible departing retail load resulting from customers transferring to Direct Access and Community Choice Aggregation or other forms of distributed and local power generation, and the potential risk of nonrecovery for stranded assets and contractual obligations; and other uncertainties, some of which may be difficult to predict and are beyond our control.

Additional forward-looking statements include, but are not limited to, statements about the anticipated benefits of the proposed merger involving Sempra Energy, Energy Future Holdings Corp. (EFH) and EFH's indirect interest in Oncor Electric Delivery Company LLC (Oncor), including future financial or operating results of Sempra Energy or Oncor, Sempra Energy's, EFH's or Oncor's plans, objectives, expectations or intentions, the expected financing plans for the transaction, the expected timing of completion of the transaction, and other statements that are not historical facts. Important factors that could cause actual results and future actions to differ materially from those described in any such forward-looking statements include risks and uncertainties relating to: the risk that Sempra Energy, EFH or Oncor may be unable to obtain bankruptcy court and governmental and regulatory approvals required for the merger, or that required bankruptcy court and governmental and regulatory approvals may delay the merger or result in the imposition of conditions that could cause the parties to abandon the transaction or be onerous to Sempra Energy; the risk that a condition to closing of the merger may not be satisfied, including receipt of a satisfactory supplemental private letter ruling from the Internal Revenue Service; the risk that the transaction may not be completed for other reasons, or may not be completed on the terms or timing currently contemplated; the risk that the anticipated benefits from the transaction may not be fully realized or may take longer to realize than expected; the risk that Sempra Energy may be unable to obtain the external financing necessary to pay the consideration and expenses related to the merger on terms favorable to Sempra Energy, if at all; disruption from the transaction making it more difficult to maintain relationships with customers, employees or suppliers; and the diversion of management time and attention to merger-related issues and related legal, accounting and other costs, whether or not the merger is completed. 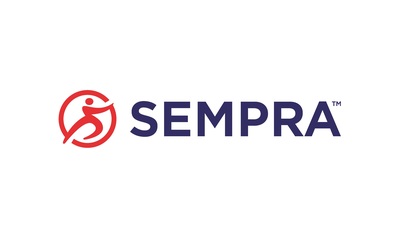