What we do is important, but how we do it matters even more. Our Board of Directors helps to hold us accountable to our shareholders by overseeing our business and strategy and helping ensure we maintain a high standard of integrity and ethics. Our directors embody a wide range of skills and experience, under a shared vision of success. 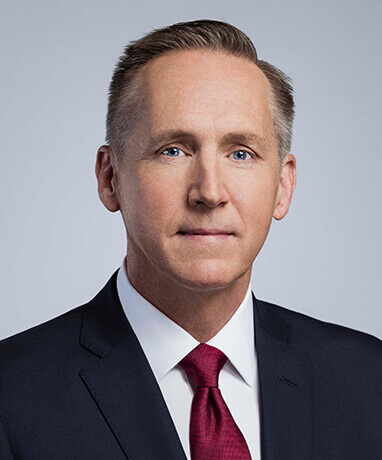 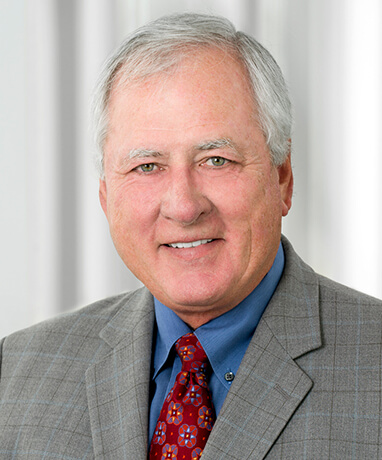 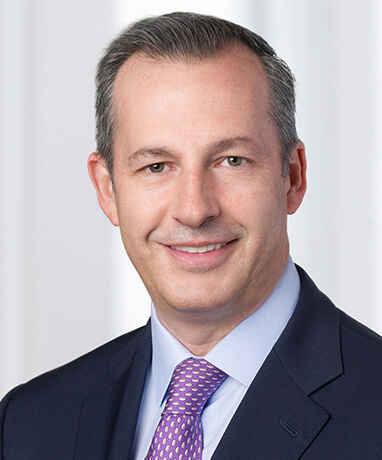 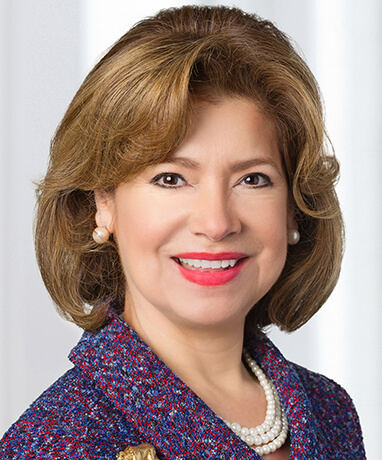 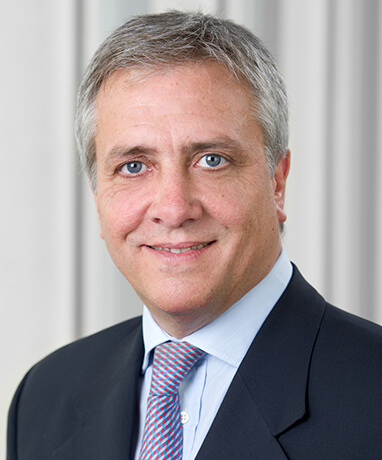 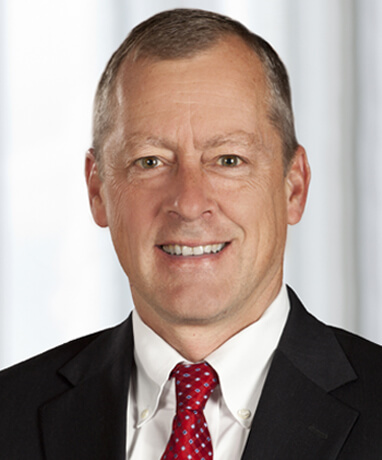 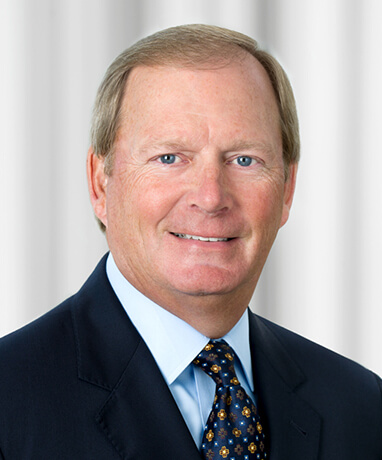 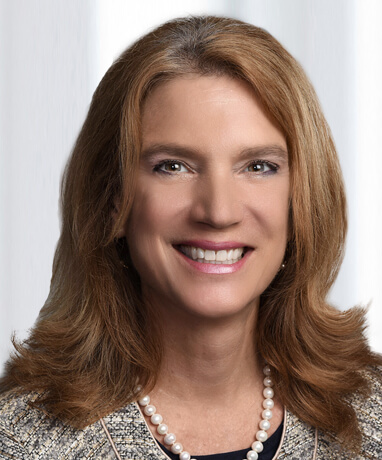 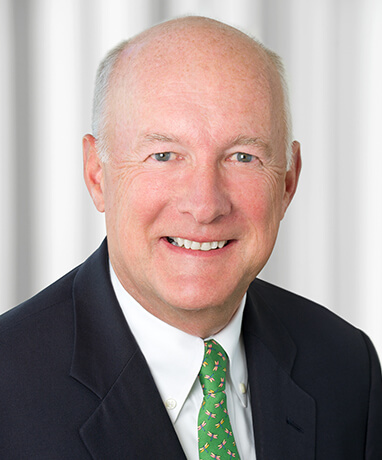 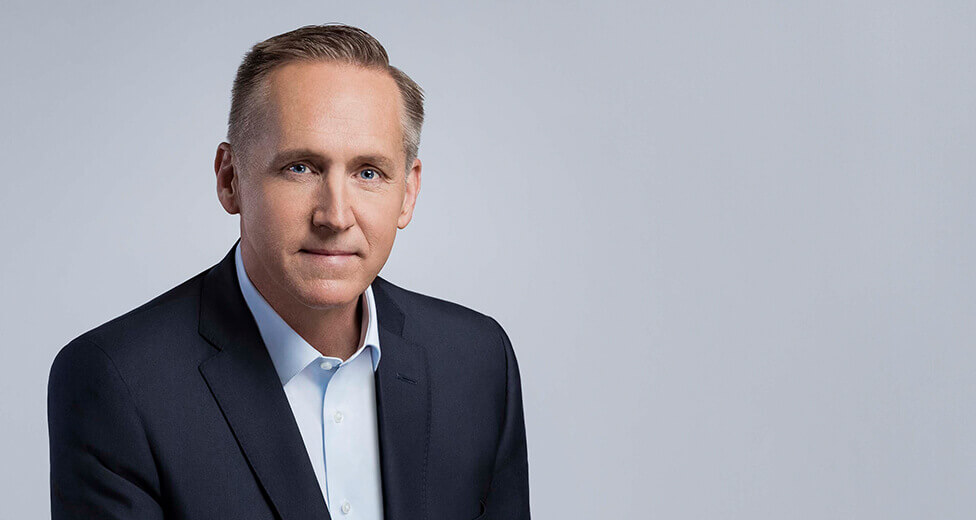 Boeckmann serves on the Corporate Governance and Safety, Sustainability and Technology committees.

Andrés Conesa has been a director since February 2017. He has been the chief executive officer of Grupo Aeromexico since 2005. He was a member of the board of governors of the International Air Transport Association from 2008 until June 2018 and served as its chairman during the 2015 term. Conesa is a former director of Infraestructura Energética Nova S.A.B. de C.V.

Conesa serves on Sempra's Audit and Executive committees and is chair of the Compensation and Talent Development Committee.

Maria Contreras-Sweet has been a director since March 2017. She serves as managing partner of Contreras-Sweet Enterprises and Rockway Equity Partners. Contreras-Sweet served as the administrator of the U.S. Small Business Administration and a member of President Obama’s cabinet from April 7, 2014 to Jan. 20, 2017. She was the founding executive chairwoman of ProAmerica Bank from 2006 to 2014. Contreras-Sweet was co-founder and managing partner of Fortius Holdings from 2003 to 2006. Prior to that, she served as the California cabinet secretary of the Business, Transportation and Housing Agency from 1999 to 2003. She was appointed chair of the finance committee of CA-ISO (California Independent System Operator) to help solve California’s 2000-01 energy crisis. She is a director of Regional Management Corp., TriNet Group, Inc. and Zions Bancorporation, N.A. and the Bipartisan Policy Center and is a distinguished fellow of the Larta Institute. Contreras-Sweet has received honorary doctorates from Tufts University, Whittier College, La Verne University, Mount St. Mary's University and California State University, Los Angeles.

Pablo A. Ferrero has been a director since 2013. He is an independent energy consultant and executive director of MSU Energy. Ferrero is the former chief executive officer of Transportadora de Gas del Sur S.A. His experience includes more than 20 years in the energy industry, including director and senior management positions with major South American energy companies. Ferrero has served as director and chairman of the board of several energy companies and industry-related boards.

Bethany J. Mayer has been a director since June 2019, previously serving on Sempra’s Board of Directors from February 2017 through November 2018. Mayer is an Executive Advisor with Siris Capital Group LLC. She served as Executive Vice President – Corporate Development and Technology of Sempra from November 2018 to January 2019. In 2017, she was senior vice president of Keysight Technologies and president of Keysight's Ixia Solutions Group, which provides network test and visibility solutions for validating, optimizing and securing networks. Prior to that, Mayer served as the president and CEO and as a director of Ixia from 2014 until its acquisition by Keysight in April 2017. Mayer serves on the boards of directors of Box, Inc. and LAM Research Corporation and is the non-executive chair of Box, Inc.

Mayer serves on Sempra's Executive committee and is chair of the Safety, Sustainability and Technology committee.

Michael N. Mears has been a director since October 2018. He served as chairman, president and chief executive officer of Magellan Midstream Partners L.P. from 2011 until April 2022. From 2008 to 2011, he was Magellan’s chief operating officer. Mears first joined Magellan Midstream Partners when it was formed in 2002 and held a series of increasingly responsible management positions, including vice president of transportation and senior vice president of terminals and transportation. Prior to joining Magellan, Mears worked in a range of management positions for its predecessor company, Williams Pipeline Company, L.P., beginning in 1985. Mears is a director of Devon Energy Corporation.

Jack T. Taylor has been a director since 2013. He was the chief operating officer-Americas and executive vice chair of U.S. Operations for KPMG LLP from 2005 to 2010. From 2001 to 2005 he served as the vice chairman of U.S. Audit and Risk Advisory Services for KPMG. Taylor is a director of Genesis Energy, L.P. and Murphy USA Inc.

Taylor serves on Sempra's Compensation and Talent Development and Executive committees and is chair of the Audit committee.

Cynthia L. Walker has been a director since October 2018. She is the CEO of Tree Energy Solutions (TES) Americas and Chief Strategy Officer of TES Group, a world-scale green hydrogen company, where she is responsible for building the company’s business in the Americas and supporting the development of its strategic plan and resource allocation. Previously, Walker served as senior vice president, marketing and midstream operations and development for Occidental Petroleum from 2016 until October 2019, where she led Occidental’s midstream operations and crude oil and natural gas marketing efforts. She also served as senior vice president of strategy and development for Occidental, overseeing the company's business development and financial planning activities. Walker joined Occidental Petroleum in 2012 as executive vice president and chief financial officer after 12 years at Goldman, Sachs & Co. where she provided clients with strategic advice in high-profile energy industry transactions as a senior member of the firm's Global Natural Resources Group and Mergers and Acquisitions Group. Walker is a director of Chord Energy Corporation where she serves as chair of the Audit Committee and is a member of the Nominating and Governance Committee.

Cynthia (CJ) Warner has been a director since June 2019. She was president and CEO and a director of Renewable Energy Group, Inc., an advanced biofuel producer, from January 2019 until June 2022. Prior to that, Warner served as executive vice president of operations for Andeavor (formerly Tesoro Corporation) from August 2016 until October 2018, when Andeavor was acquired by Marathon Petroleum Corp. Prior to that, Warner served as Andeavor’s executive vice president of strategy and business development from October of 2014 to August of 2016. Warner previously served as chairman and chief executive officer of Sapphire Energy, Inc. She joined Sapphire Energy after a 25-year career at BP and Amoco, Inc. (prior to its acquisition by BP) where she gained significant knowledge of the global energy industry and served in numerous leadership roles, including overseeing BP’s global refining business and its health, safety, security and environment efforts. Warner is a director of Chevron Corporation.

Warner is Sempra’s Lead Independent Director and serves on Sempra's Compensation and Talent Development and Executive committees and is chair of the Corporate Governance committee.