Joseph A. Householder to Be Promoted to President

SAN DIEGO, March 12, 2018 /PRNewswire/ -- After a 40-year career, Debra L. Reed, chairman, president and CEO of Sempra Energy (NYSE: SRE), has announced she plans to retire Dec. 1, 2018, and step down as CEO and president May 1. The company's board of directors has elected Jeffrey W. Martin, currently executive vice president and chief financial officer of Sempra Energy, to succeed Reed as CEO. Martin also has been appointed as a new member of Sempra Energy's board, effective May 1.

Joseph A. Householder, currently corporate group president of infrastructure businesses for Sempra Energy, has been elected to succeed Reed as the company's president.

From May until her retirement in December, Reed will continue to serve as Sempra Energy's executive chairman.

"Last month, I reached my 40th year in the Sempra Energy family of companies," said Reed. "We are close to concluding several of our major growth initiatives, such as expanding in Texas with our acquisition of a majority interest in Oncor and the anticipated launch of our liquefied natural gas (LNG) export business in Louisiana next year. We have established a strong growth engine in Mexico with our IEnova subsidiary. Our California and South America utilities continue to perform at a very high level, providing safe and reliable service to their millions of customers and innovating to adapt to future market needs.

"Over many years, our board of directors has led a robust leadership succession planning effort and today's announcement of new officer elections reflects the successful implementation of this planning. We have a talented and deep management team. Jeff Martin and Joe Householder are both tremendous leaders who will be excellent stewards of Sempra Energy's continued growth and success in the future. Both Jeff and Joe have broad career experience both inside and outside the energy industry and within our family of companies. They also both have demonstrated outstanding foresight and a keen ability to drive strong performance at every level of responsibility."

Before joining Sempra Energy, Martin was chief financial officer of NewEnergy, Inc. Also, he formerly served as corporate counsel at UniSource Energy and was an attorney at the law firm of Snell & Wilmer, focusing on corporate and commercial finance and real estate. Martin currently serves on the board of directors of the California Chamber of Commerce, where he is a member of its executive committee, and the board of trustees of the University of San Diego, where he is a member of the executive committee and chairs the athletics committee. He recently served on the boards of directors of the Edison Electric Institute, National Association of Manufacturers and San Diego Regional Chamber of Commerce.

Before joining Sempra Energy, Householder was a partner at PricewaterhouseCoopers in the firm's national tax office. Previously, he was vice president of corporate development and assistant chief financial officer of Unocal, where he was responsible for worldwide tax planning, financial reporting and forecasting, and risk-management compliance. Earlier in his career, Householder served as an attorney and a certified public accountant at several firms in the Los Angeles area.

Householder serves on the board of Advanced Micro Devices and is a member of the Tax Executives Institute, the American Institute of Certified Public Accountants, the State Bar of California and the American Bar Association.

Householder holds a bachelor's degree in business administration from the University of Southern California and a law degree from Loyola Law School. Additionally, he has completed the executive program at the UCLA Anderson School of Management.

"A key priority in our decision was to ensure ample transition time for a smooth leadership succession," said William C. Rusnack, Sempra Energy's lead director. "In her seven years as CEO, Debbie Reed has sharpened Sempra Energy's strategic focus and led the company to new heights. Under her leadership, Sempra Energy's market value has more than doubled to nearly $29 billion. Debbie has built tremendous value for shareholders, taking our subsidiary, IEnova, public in Mexico, launching our LNG export business and, most recently, guiding the successful acquisition of a majority interest in Oncor, the largest utility in Texas."

Reed, 61, was named Sempra Energy's CEO in 2011 and assumed the additional role of chairman in 2012. Prior to her appointment as CEO, Reed was Sempra Energy's executive vice president. Previously, from 2006 to 2010, she served as president and CEO of SDG&E and Southern California Gas Co. (SoCalGas). She also was chief operating officer of the two utilities, after initially being appointed president of SDG&E in 2000. Reed first joined the company in 1978 as an energy systems engineer at SoCalGas. In 1988, she became the first female officer at SoCalGas and then served in a series of increasingly responsible leadership positions.

Currently, Reed is one of 27 female chief executive officers of Fortune 500 companies, and, from 2011 to 2017, she was recognized as one of Fortune magazine's "Most Powerful Women in Business." Reed also was recognized by Forbes magazine as one of the nation's most influential female CEOs.

Reed serves on the boards of directors of Halliburton Co. and Caterpillar Inc. She is a member of The Business Council and the Business Roundtable, where she serves on the Energy and Environment Committee and the Tax and Fiscal Policy Committee. She is a member of The Trusteeship, an affiliate of the International Women's Forum. Additionally, she serves on the Rady Children's Hospital and Health Center Board of Trustees and Rady Children's Hospital – San Diego Board of Directors, the board of councilors of the University of Southern California Viterbi School of Engineering and the Chairman's Competitiveness Council of the San Diego Regional Economic Development Corporation, where she formerly served as chair. Previously, she served on the boards of directors of Genentech and Avery Dennison Corp.

This press release contains statements that are not historical fact and constitute forward-looking statements within the meaning of the Private Securities Litigation Reform Act of 1995. These statements can be identified by words such as "believes," "expects," "anticipates," "plans," "estimates," "projects," "forecasts," "contemplates," "assumes," "depends," "should," "could," "would," "will," "confident," "may," "can," "potential," "possible," "proposed," "target," "pursue," "outlook," "maintain," or similar expressions or discussions of guidance, strategies, plans, goals, opportunities, projections, initiatives, objectives or intentions. Forward-looking statements are not guarantees of performance. They involve risks, uncertainties and assumptions. Future results may differ materially from those expressed in the forward-looking statements. 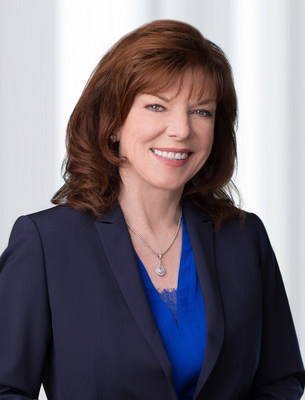 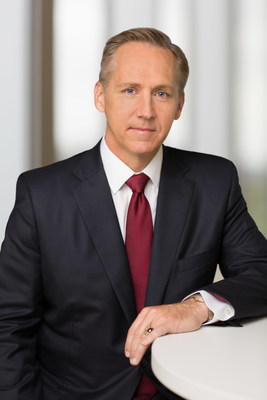 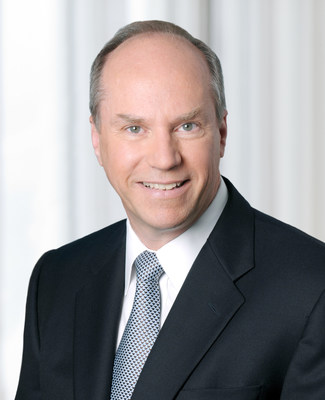