"I look forward to working closely with other world-class companies, as well as the U.S. and Japanese governments, as we work to advance the two countries' commercial relationships to help promote the use of secure, clean energy sources and shape transparent trade rules, standards and regulations," said Brouillette. "Japan played a critical role in developing the United States' natural gas resources by being one of the earliest and largest offtakers of U.S. LNG capacity. As the second largest LNG importer today, identifying synergies between our two great nations will help further the use of cleaner natural gas around the world."

Additionally, Brouillette will also serve as the new co-chair for the USJBC's Energy & Infrastructure Working Group, which includes representatives from Chevron, Honeywell and ExxonMobil, among other multinational companies.

USJBC is comprised of some of the leading U.S. companies that place a high priority on doing business in Japan and is one of the primary U.S.-based business organizations promoting stronger economic ties between the two countries. The USJBC's core mission is to advance U.S.-Japan business and government ties, to identify and expand new opportunities, and to facilitate growth across sectors including digital economy, energy and infrastructure, financial services, healthcare innovation, travel, tourism, and transportation.

Brouillette was named president of Sempra Infrastructure in November 2021. Prior to joining Sempra, Brouillette served as the 15th United States Secretary of Energy and the President's primary advisor on energy and nuclear weapons matters. In the private sector, Brouillette held extensive key leadership roles at USAA and Ford Motor Company.

About Sempra Infrastructure
Sempra Infrastructure delivers energy for a better world. Through the combined strength of its assets in North America, the company is dedicated to enabling the energy transition and beyond. With a continued focus on sustainability, innovation, world-class safety, championing people, resilient operations and social responsibility, its more than 2,000 employees develop, build and operate clean power, energy networks and LNG and net-zero solutions, that are expected to play a crucial role in the energy systems of the future. For more information about Sempra Infrastructure, please visit www.SempraInfrastructure.com and follow on social media.

About USJBC
Formally established in 1971, the U.S. Chamber of Commerce's U.S.-Japan Business Council (USJBC) is comprised of more than 65 leading U.S.-headquartered companies that place a high priority on doing business in Japan and it is the primary U.S.-based business organization promoting stronger economic relations between the two countries. The USJBC's core mission is to advance U.S. business interests in Japan, to identify and expand new opportunities, and to facilitate growth across sectors including digital economy, energy and infrastructure, financial services, healthcare innovation, travel, tourism, and transportation. 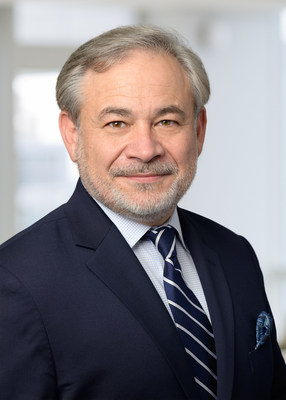