System Value Can Usher in a Future of Great Promise

This article originally appeared on the World Economic Forum’s website

The youngest leader to ever hold the post of Secretary-General of the United Nations, Dag Hammarskjöld, is credited with saying:

“Never measure the height of a mountain until you have reached the top. Then you will see how low it was.”

As we turn our attention to the challenges of the 21st century, we do so at a historic moment in time. The COVID-19 pandemic has upended our personal sense of health and wellbeing and brought on a recession of global reach. The energy sector, in particular, has been hit hard.

Beyond the crises of the day, the looming challenge of the global energy transition remains. This article will attempt to lay out the case for optimism, while emphasizing the growing importance of using a System Value framework to chart a common path forward.

The Case for Optimism

Earlier this year, the International Energy Agency (IEA) reported that energy-related CO2 emissions across the globe were held essentially flat in 2019. Growth in emissions in developing nations was largely offset by notable declines in Organisation for Economic Co-operation and Development (OECD) nations. The IEA also cited the U.S. as a noteworthy case study.

In other words, the world’s largest economy led the world with the largest emissions decline.

Moreover, in the same report, the IEA noted that the U.S. has led the world with the largest absolute decline in emissions now for two decades, with 2019 emissions finishing one gigaton below year 2000 levels. It is also notable that U.S. GDP more than doubled over the same two-decade period.

IEA credits the U.S.’s success to a significant build-out of renewable generation capacity coupled with fuel switching from coal to natural gas in power generation. With natural gas and nuclear generation providing grid and load-following support, it has allowed the U.S. to push the efficient frontier of maximizing market penetration of renewables.

In 2020, market watchers expect global emissions will decline further, creating even keener interest in how we can continue to make progress in emission reductions, while doing so with greater dispatch.

The World Economic Forum’s Electricity Industry community of CEOs, of which Sempra Energy is a member, has developed the System Value framework, a holistic approach to evaluating clean energy policies and solutions. Within the framework, policymakers and grid operators can maximize economic, environmental, social and technical outcomes across markets. Of note, the framework also advances analysis beyond shortfalls in prevailing thought:

Below, I discuss a broader set of policy considerations at the heart of advancing the global energy transition: energy diversification, clean transportation, and energy efficiency. 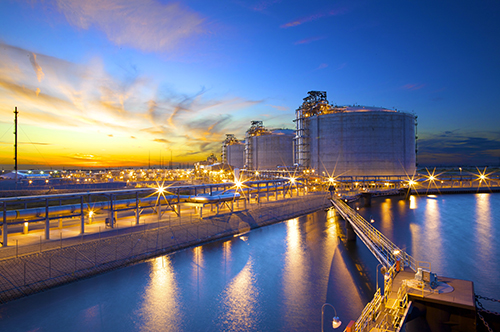 According to the IEA, as much as 90% of global electricity demand growth through 2040 is expected to come from non-OECD nations. With notable progress expected in emissions declines in the world’s advanced economies, future success will depend, in large measure, on the energy priorities pursued by developing nations.

Historically, states have acted rationally and sought to maximize their indigenous fuel sources to grow their economies. Often, those decisions privilege accessibility and lowest costs. India, for example, is making great progress in advancing renewables, but still expects to meet a significant portion of future electricity load growth with local coal resources.

If the global community wants to alter the traditional cost-maximizing approach, it is critical that we acknowledge the importance of energy diversification. Every effort needs to be made to directly provide developing markets with new sources of energy and financial and technological support to create a broader loading order of energy choices — without compromising a state’s need for energy security.

Liquified natural gas (LNG) is a great example. I believe critical investments in LNG facilities will continue in key export markets, but it is arguably just as important that new investments in LNG regasification facilities occur to land LNG and diversify energy supplies in emerging markets.

By making natural gas, the lowest-carbon fossil fuel, more ubiquitous, we can support energy diversification and security, while recognizing the central role of natural gas and batteries in value-maximizing wind, solar and other intermittent resources. 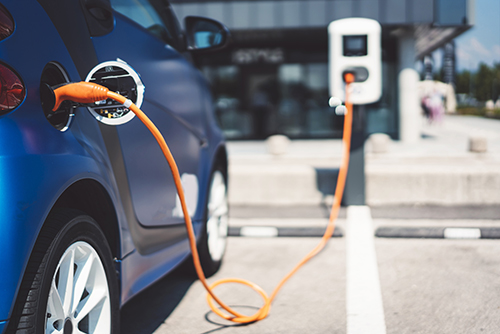 In California, where I reside, the majority of greenhouse gas emissions comes from the transportation sector. This is not unique to California or even the U.S. Many parts of the world suffer from complex global supply chains that rely on significant marine, rail and heavy-duty transportation, while inadequate public transit and urban sprawl also contribute to long commutes and heavy reliance on passenger vehicles.

There is growing recognition that shifting to clean transportation is critical. Last month, in a bold executive order, California Governor Gavin Newsom called for sales of all new passenger vehicles in California to be zero-emission by 2035, with a target of reducing greenhouse gases by 35% and NOx emissions from transportation by 80%. Hydrogen (H2) is also a new energy frontier in transportation, with Europe showing real commitment to advancing H2 as a fuel for heavy-duty trucking.

Although other nations have set more aggressive or earlier clean transportation targets, California ranks as the fifth largest economy in the world and in many ways has an outsized influence on domestic policy in the U.S. Moreover, Newsom’s announcement reflects a shift in emphasis from a long-standing focus on stationary-source emitters to include the consumer segment, which is not uniformly popular. Nonetheless, many in our industry believe that putting resilience, social impacts and climate before politics is at the heart of what will make the global effort to reduce greenhouse gas emissions successful.

Within the broader System Value framework, energy efficiency also scores high on the list of priorities. There is high value assigned to reducing per capita energy consumption. Most modern approaches are comprehensive, cutting across urban planning, mass transit, building design and construction to how we cook and heat water.

Leading with a System Value Framework

In times of great challenge, it is worth remembering that leadership is the most valuable commodity. At its core, whether in the political sphere or business, leadership comes down to setting priorities and allocating the right resources to those priorities.

Within a System Value framework, I believe there are three core areas of focus to guide our path forward. First, we must support the efforts of developing nations to diversify their energy choices to include a higher reliance on renewables with support from LNG and the latest advances in electric storage. Second, we must address emissions from transportation with greater ambition.

Lastly, energy efficiency must remain a priority. Avoiding energy demand is a far better outcome than incurring costs to limit the carbon content of energy and its related externalities.

Every decade, there is a “step change” in technology and innovation. At Sempra Energy, we believe the energy industry will undergo more change in the next 20 years than in the previous 50 years. Enlarging the lens of analysis to include a System Value approach allows for a clearer set of priorities to guide energy planning and resource allocation.

I hope that Hammarskjöld is right and that one day, as an industry, we will look back on the mountain that we climbed together and then just maybe — measure how low it really was.