LOS ANGELES, Dec. 15, 2016 /PRNewswire/ -- Southern California Gas Company (SoCalGas) today announced that in 2016, the company conducted more than 700,000 comprehensive safety inspections of meter set assemblies, which connect a natural gas pipeline from the street to the customer's gas line. The inspections were completed during the first year of SoCalGas' Meter Set Assembly (MSA) Inspection Program, which was designed to replace prior safety inspection programs for customers that were in place before Advanced Meter technology was installed. 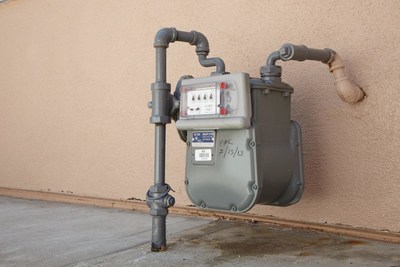 Building on the results in the first year of the MSA Inspection Program, SoCalGas expects to complete more than 2 million inspections in 2017 throughout its service territory.

SoCalGas is upgrading approximately 6 million natural gas meters throughout its service territory with Advanced Meters that allow customers to better manage their energy use through money-saving conservation tools and enhanced safety and service delivery. Advanced Meter installations began in 2012 and will continue through 2017.

Keeping a focus on safety
The California Public Utilities Commission requires visual inspections on all meter set assemblies every 36 to 39 months. The SoCalGas MSA Inspection Program replaces the work meter readers performed with a more comprehensive inspection of each MSA, thus enhancing safety.

The MSA Inspection Program is staffed by SoCalGas employees. Inspection representatives are required to complete a physical and comprehensive inspection of the company's above ground facilities. They are required to report damages, atmospheric corrosion and immediate hazards, as well as any abnormal operating conditions they encounter (for example, an illegal bypass that intentionally diverts gas around a meter).

Those with questions about the program may call the MSA Inspection Program Call Center at 877-268-4298.

About SoCalGas
SoCalGas has been delivering clean, safe and reliable natural gas to its customers for more than 145 years.  SoCalGas is the nation's largest natural gas distribution utility, providing service to 21.6 million consumers connected through 5.9 million meters in more than 500 communities. The company's service territory encompasses approximately 20,000 square miles throughout central and Southern California, from Visalia to the Mexican border. SoCalGas is a regulated subsidiary of Sempra Energy (NYSE: SRE), a Fortune 500 energy services holding company based in San Diego.