First project of its kind in the U.S. aims to show how this carbon-free gas made from renewable electricity can fuel clean energy systems in a carbon-neutral future

LOS ANGELES, Dec. 15, 2020 /PRNewswire/ -- As part of its efforts to support California's climate change goals and its mission to become the cleanest, safest and most innovative energy company in America, Southern California Gas Co. (SoCalGas) today announced it will build a state-of-the-art demonstration project to show the role hydrogen could play in attaining California's goal of achieving carbon neutrality. Named the H2 Hydrogen Home, the project is the first of its kind in the U.S. and will include a home, solar panels, a home battery, an electrolyzer to convert solar energy into clean hydrogen, and a fuel cell to convert that hydrogen back to electricity. The hydrogen will also be blended with natural gas for use in the home's appliances. The H2 Hydrogen Home is expected to be complete by late 2021. An ad promoting the demonstration home is available via this link.

"California will continue to lead by bringing green hydrogen into its energy mix, just as it led by integrating renewable electricity and batteries for electric storage," said Maryam Brown, SoCalGas president. "The H2 Hydrogen Home will help guide decision-making that will ultimately create the 21st century energy system needed to provide clean, affordable and resilient energy for Californians."

"As we move to a clean energy future, hydrogen is a zero-emission fuel that could play a significant role in California," said California Assemblymember Jacqui Irwin. "This demonstration home will be a great way to see hydrogen in action. Looking forward I am excited about the development of hydrogen technology as a way to create jobs for Californians in a green economy."

"This home is a great way to show in a tangible way how green hydrogen can store renewable power for an unlimited length of time and how it can be reconverted to electricity whenever it's needed," said Janice Lin, Founder and President of the Green Hydrogen Coalition.

The H2 Hydrogen Home is designed with solar panels, which will power the project's home on sunny days and also provide excess electricity that will be stored for night use and cloudy days. Some of that extra electricity will charge a home battery for short-term energy storage. The rest of the solar power will be converted to clean hydrogen using an electrolyzer and stored until needed. That stored hydrogen will also be converted back to electricity with an on-site fuel cell.  And finally, the hydrogen will be blended with natural gas and used in the home's heat pump HVAC unit, water heater, clothes dryer, and gas stove.

Hydrogen provides an ideal solution for long-term storage of renewable energy on the larger grid as well, according to energy experts. While power from solar and wind can be stored for several hours in grid-scale batteries, there are times when longer-term storage is needed. Converting renewable electricity to hydrogen allows it to be stored for weeks, months or years. The hydrogen can then be converted back to clean electricity and dispatched to the power grid when it is needed to supplement solar and wind generation or battery storage, using either turbine generators, or fuel cells. Such a system is also far more cost-effective than one that uses batteries only, according to a recent study by Caltech.

SoCalGas is collaborating with ATCO and leveraging the design and experience gained in the process of developing its Clean Energy Innovation Hub (CEIH) in Perth, Australia. ATCO designed and constructed the CEIH in 2019, funded in part by Australia's Renewable Energy Agency. The CEIH serves as a living lab to test hybrid energy solutions, and integrates solar panels, battery storage, natural gas and hydrogen production.

The H2 Hydrogen Home project is part of SoCalGas' work to support a 21st energy system that provides clean, affordable, and resilient energy for Californians. The company's mission is to build the cleanest, safest and most innovative energy company in North America.

Headquartered in Los Angeles, SoCalGas® is the largest gas distribution utility in the United States. SoCalGas delivers affordable, reliable, clean and increasingly renewable gas service to 21.8 million customers across 24,000 square miles of Central and Southern California, where more than 90% of residents use natural gas for heating, hot water, cooking, drying clothes or other uses. Gas delivered through the company's pipelines also plays a key role in providing electricity to Californians— about 45% of electric power generated in the state comes from gas-fired power plants.

SoCalGas' mission is to build the cleanest, safest and most innovative energy company in America, delivering affordable and increasingly renewable energy to its customers. In support of that mission, SoCalGas is committed to replacing 20% of its traditional natural gas supply with renewable natural gas (RNG) by 2030. Renewable natural gas is made from waste created by dairy farms, landfills and wastewater treatment plants. SoCalGas is also committed to investing in its gas delivery infrastructure while keeping bills affordable for our customers. From 2015 through 2019, the company invested nearly $7 billion to upgrade and modernize its pipeline system to enhance safety and reliability. SoCalGas is a subsidiary of Sempra Energy (NYSE: SRE), an energy services holding company based in San Diego. For more information visit socalgas.com/newsroom or connect with SoCalGas on Twitter (@SoCalGas), Instagram (@SoCalGas) and Facebook. 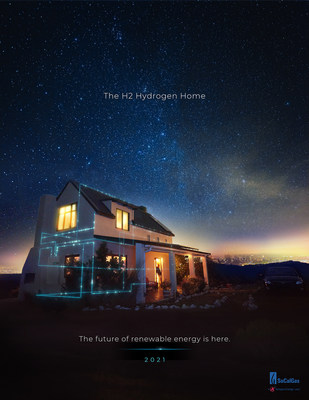