Today, Oncor Electric Delivery Company LLC (Oncor) and Sempra Energy (NYSE: SRE) announced that they have received approval from the Public Utility Commission of Texas (PUCT) for Oncor’s acquisition of InfraREIT, Inc. (NYSE: HIFR) (InfraREIT), and, concurrently, Sempra Energy’s acquisition of a 50% limited-partnership interest in a holding company that will own Sharyland Utilities, LP (Sharyland). PUCT approval was the final regulatory approval needed to complete the transactions.

“Texas is a great place to do business, and we are pleased that the Public Utility Commission approved another opportunity for Sempra Energy to invest in Oncor, and the state,” said Jeffrey W. Martin, chairman and CEO of Sempra Energy. “We look forward to continuing to advance our growth strategy in Texas and the U.S. Gulf Coast region.”

“Today is an exciting day for Oncor. When our acquisition of InfraREIT is complete, we will expand our transmission footprint and be better positioned to support the long-term needs of the ERCOT market,” said Oncor CEO Allen Nye. “We want to thank the Commissioners, Commission staff, and all the stakeholders involved in this process for their hard work. We look forward to closing this transaction.”

“With the PUCT’s approval to integrate the InfraREIT assets into Oncor’s system, the Oncor team has engineered a great outcome that balances the needs of all stakeholders. We are proud to be a part of this team,” said the owners of Texas Transmission Investment LLC, Oncor’s minority owner.

The transaction required approvals by the PUCT, the Federal Energy Regulatory Commission, the expiration or termination of the applicable waiting period under the Hart-Scott-Rodino Antitrust Improvements Act of 1976, as well as other regulatory approvals. The transaction also required the approval of InfraREIT’s shareholders, which was received in February 2019. In addition to these approvals, the transaction is subject to the satisfaction of various closing conditions.

On Oct. 18, 2018, Oncor and Sempra Energy announced that they entered into agreements whereby Oncor would acquire 100% of the equity interests of InfraREIT, including all the limited-partnership units in its subsidiary InfraREIT Partners, LP, for approximately $1.275 billion, or $21 per share (or partnership unit), excluding certain transaction costs, and, concurrently, Sempra Energy would acquire a 50% limited-partnership interest in a holding company that will own Sharyland for approximately  $98 million. Oncor’s acquisition of InfraREIT also includes InfraREIT’s outstanding debt, which totaled approximately $946 million at March 31, 2019.

As part of the transaction, a subsidiary of InfraREIT will exchange certain assets with Sharyland, with the end result being that, after Oncor’s acquisition of InfraREIT,  Oncor will own all of InfraREIT’s and Sharyland’s electric transmission and distribution business in Central, North and West Texas, and Sharyland will own Sharyland and InfraREIT assets in South Texas.

If all remaining closing conditions are satisfied, Oncor and Sempra Energy expect to close the transaction by the end of the month.

This  article contains statements that are not historical fact and constitute forward-looking statements within the meaning of the Private Securities Litigation Reform Act of 1995. These statements can be identified by words such as “believes,” “expects,”  “anticipates,” “plans,” “estimates,” “projects,” “forecasts,” “contemplates,” “assumes,” “depends,” “should,” “could,” “would,” “will,” “confident,” “may,” “can,” “potential,” “possible,” “proposed,” “target,” “pursue,” “outlook,” “maintain,” or similar expressions, or when  Oncor and Sempra Energy discuss their respective guidance, strategy, plans, goals, vision, mission, opportunities, projections, initiatives, objectives or intentions. Forward-looking statements are not guarantees of performance. They involve risks, uncertainties and assumptions. Future results may differ materially from those expressed in the forward-looking statements.

Such forward-looking statements include, but are not limited to, statements about the timing of the anticipated transactions contemplated by the proposed acquisition of InfraREIT, and any of the applicable parties’ post-acquisition plans and intentions, and other statements that are not historical facts. The following important factors, among others, could cause actual results to differ materially from those set forth in the forward-looking statements: the satisfaction of conditions to closing the definitive agreements for the transactions; obtaining required governmental and regulatory approvals, which may delay the transactions or result in the imposition of conditions that could cause the parties to abandon the transactions or be onerous to Oncor or Sempra Energy; the expected timing to consummate the proposed transactions; the risk that the businesses will not be integrated successfully; the risk that any potential cost savings and any potential synergies from the transactions may not be fully realized or may take longer to realize than expected; and the diversion of management time and attention to issues related to the transactions.

Additional factors, among others, that could cause actual results and future actions of Oncor, Sempra Energy and/or their subsidiaries to differ materially from those described in any forward-looking statements include risks and uncertainties relating to: for Sempra Energy and its subsidiaries, the greater degree and prevalence of wildfires in California in recent years and the risk that Sempra Energy or its subsidiaries may be found liable for damages regardless of fault, such as where inverse condemnation applies, and risk that Sempra Energy or its subsidiaries may not be able to recover any such costs in rates from customers in California; actions and the timing of actions, including decisions, new regulations and issuances of authorizations by, as applicable, the California Public Utilities Commission, U.S. Department of Energy, California Department of Conservation’s Division of Oil, Gas, and Geothermal Resources, Los Angeles County Department of Public Health, U.S. Environmental Protection Agency, Federal Energy Regulatory Commission, Pipeline and Hazardous Materials Safety Administration, Public Utility Commission of Texas, states, cities and counties, and other regulatory and governmental bodies in the U.S. and other countries in which Oncor, Sempra Energy and/or Sempra Energy’s subsidiaries operate; the success of Sempra Energy’s and its subsidiaries’ business development efforts, construction projects, major acquisitions, divestitures and internal structural changes, including risks in (i) obtaining or maintaining authorizations; (ii) completing construction projects on schedule and budget; (iii) obtaining the consent of partners; (iv) counterparties’ ability to fulfill contractual commitments; (v) winning competitively bid infrastructure projects; (vi) disruption caused by the announcement of contemplated acquisitions and/or divestitures or internal structural changes; (vii) the ability to complete contemplated acquisitions and/or divestitures; and (viii) the ability to realize anticipated benefits from any of these efforts once completed; the resolution of civil and criminal litigation and regulatory investigations and proceedings; actions by credit rating agencies to downgrade credit ratings of Oncor, Sempra Energy or those of their subsidiaries or to place those ratings on negative outlook and the ability of Oncor, Sempra Energy and their subsidiaries to borrow at favorable interest rates; deviations from regulatory precedent or practice that result in a reallocation of benefits or burdens among shareholders and/or ratepayers; denial of approvals of proposed settlements; delays in, or denial of, regulatory agency authorizations to recover costs in rates from customers or regulatory agency approval for projects required to enhance safety and reliability; for Sempra Energy and its subsidiaries, moves to reduce or eliminate reliance on natural gas; the availability of electric power and/or natural gas and natural gas storage capacity, including disruptions caused by failures in the transmission grid, limitations on the withdrawal or injection of natural gas from or into storage facilities, and equipment failures; risks posed by actions of third parties who control the operations of investments; weather conditions, natural disasters, accidents, equipment failures, computer system outages, explosions, terrorist attacks and other events that disrupt operations, damage facilities and systems, cause the release of harmful materials, cause fires and subject Oncor, Sempra Energy or their subsidiaries to third-party liability for property damage or personal injuries, fines and penalties, some of which may not be covered by insurance (including costs in excess of applicable policy limits), may be disputed by insurers or may otherwise not be recoverable through regulatory mechanisms or may impact the ability of Oncor, Sempra Energy or their subsidiaries to obtain satisfactory levels of affordable insurance; cybersecurity threats to the energy grid, storage and pipeline infrastructure, the information and systems used to operate the businesses of Oncor, Sempra Energy or their subsidiaries and the confidentiality of proprietary information of Oncor, Sempra Energy or their subsidiaries and the personal information of their customers and employees; actions of activist shareholders, which could impact the market price of Sempra Energy’s securities and disrupt its operations as a result of, among other things, requiring significant time by management and its board of directors; changes in capital markets, energy markets and economic conditions, including the availability of credit; and volatility in currency exchange, interest and inflation rates and commodity prices and our ability to effectively hedge the risk of such volatility; the impact of federal or state tax reform and the companies’ ability to mitigate adverse impacts; changes in foreign and domestic trade policies and laws, including border tariffs and revisions to or replacement of international trade agreements, such as the North American Free Trade Agreement or the United States-Mexico-Canada Agreement (subject to congressional approval), that may increase Sempra Energy’s and its subsidiaries’ costs or impair their ability to resolve trade disputes; expropriation of assets by foreign governments and title and other property disputes; the impact at San Diego Gas & Electric Company on competitive customer rates and reliability of electric transmission and distribution systems due to the growth in distributed and local power generation and from possible departing retail load resulting from customers transferring to Direct Access and Community Choice Aggregation or other forms of distributed and local power generation and the potential risk of nonrecovery for stranded assets and contractual obligations; Oncor’s ability to eliminate or reduce its quarterly dividends due to regulatory capital requirements and other regulatory and governance commitments, including the determination by Oncor’s board of directors, a majority of Oncor’s independent directors or a minority member director to retain such amounts to meet future requirements; and other uncertainties, some of which may be difficult to predict and are beyond the control of Oncor and Sempra Energy and/or their subsidiaries. 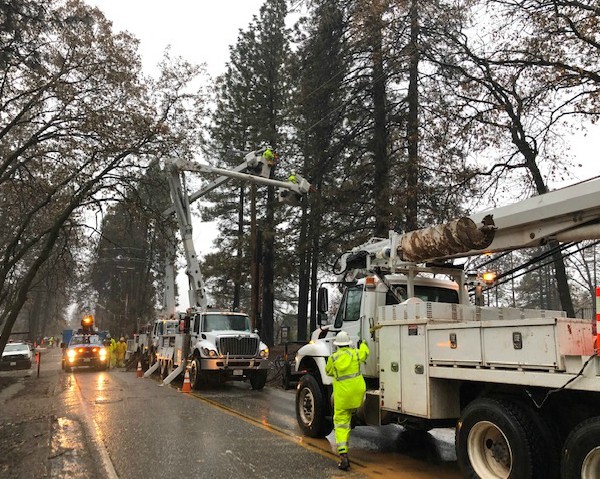 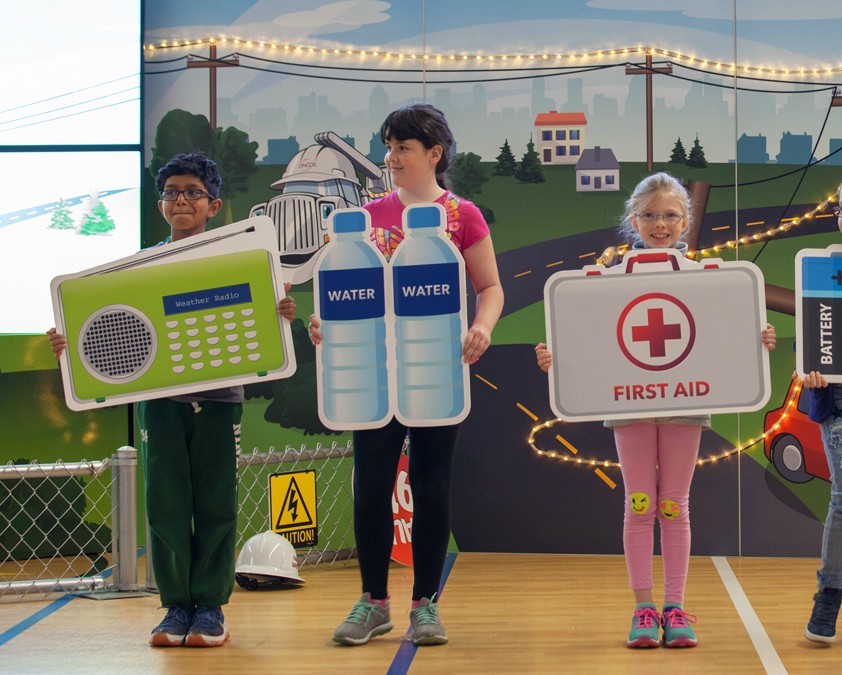 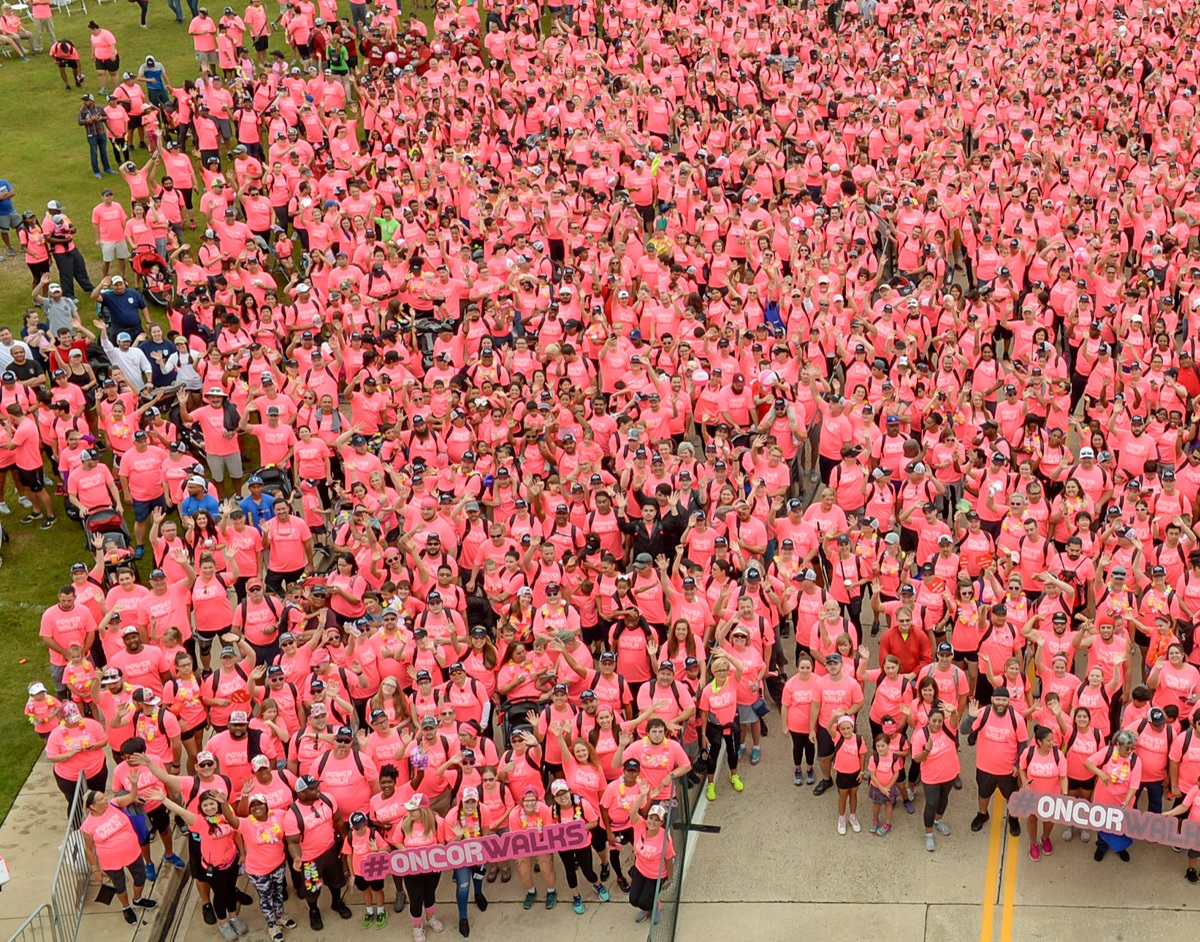